Buckles up for further expansion in Nottingham 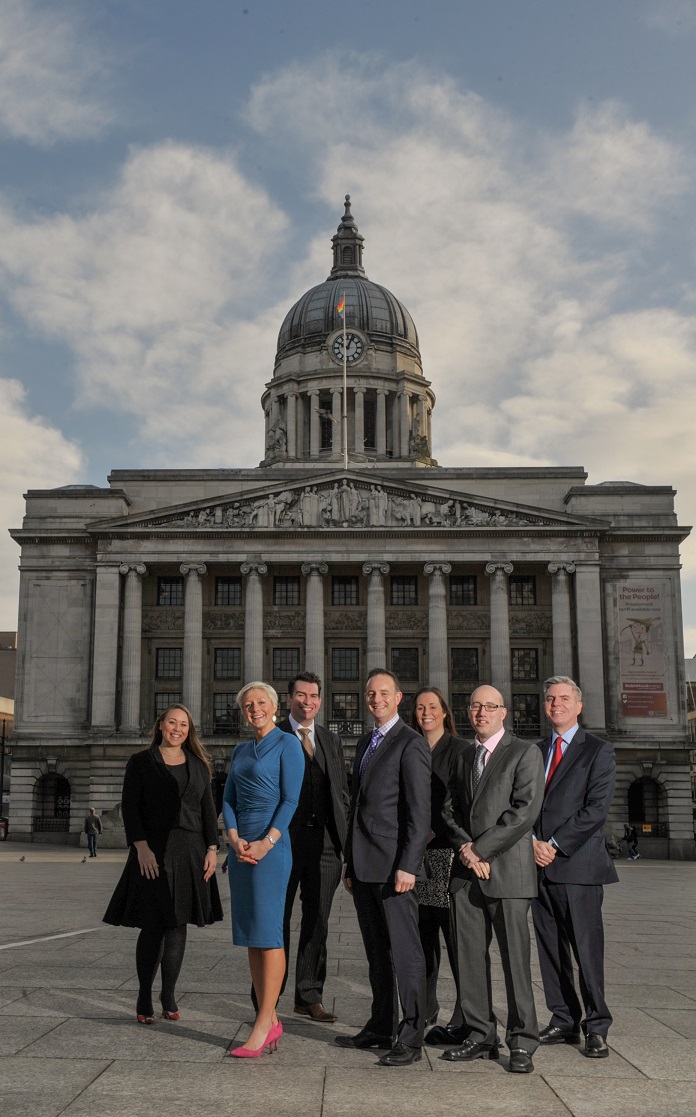 The head of a Nottingham law firm has hailed its first year in the city as “exciting” and says the practice is set to grow even further in 2016.

James Coppinger, head of Nottingham office, partner and head of construction & engineering at Buckles, says the Park Row firm, which has grown beyond expectations, has everything in place for a very strong 2016.

He said: “It has been fantastic being part of a new office and seeing the business grow, both in terms of the number of employees and clients. Within six months we had to take more office space as a result of increasing workloads which is testament to the personal way in which we deliver our services. From a city point of view, it’s great to see Nottingham attract more businesses and investors. There’s a very exciting feel around the city, and we want to remain a part of it.”

Buckles’ growth has seen it recruit across all specialisms over the last year. The office launched with Coppinger, Chris Faulkner, senior associate in the company commercial department and Holly Smith, senior associate in the commercial property department. Both Smith and Faulkner have been a catalyst for the firm’s ongoing success. The trio continue to be supported by James Maxey (commercial dispute resolution), Duncan Jackson (private client) and Giles Betts (employment) who regularly spend time in the Nottingham office.

In June 2015, Buckles recruited Charlotte Stojak to the company commercial department, a newly qualified lawyer who trained at an intellectual property firm in Leeds.

In August 2015, Louise Read joined from Geldards in Nottingham. Read joined the dispute resolution team and specialises in commercial landlord and tenant work, dilapidations, service charge disputes, break clause issues and areas such as boundary disputes and adverse possession. She also bolsters Gail Sykes’ housing team which acts for many housing associations across the East Midlands and nationally.

Also in August, Luke Appleby joined as solicitor and introduced dedicated private client services to the Nottingham office for the first time. Appleby was previously head of department at Spearing Waite in Leicester and specialises in all areas of wills, probate, tax and trusts and has particular experience in providing advice to disabled children and their families.

The most recent appointment is Luis Arana Tagle who joined as solicitor in the construction & engineering department. Luis (who previously qualified in Argentina and New York) advises on a range of procurement and contentious issues, including drafting and negotiating construction and engineering contracts, professional team appointments and security documents.

Coppinger says Buckles’ key focus will now be to maintain and grow its profile in the region. He added: “Our plan is to foster and develop relationships with key intermediaries, identify new regionally based target clients and nurture existing relationships, attract new and exciting work; and to recruit the right people at the right time so we can continue our journey.”

In February 2015 Buckles was awarded One Star status in the Best Companies Guide 2015 – the name behind The Sunday Times “Best Companies to Work For” list.

In May, the firm was re-accredited with a major eco award – the Investors in the Environment (IiE) Green Status – the highest possible accolade presented through the IiE.

And in November 2015, Buckles was awarded with the highly coveted LawNet Law Firm of the Year 2015 award – an accolade it also won in 2011.