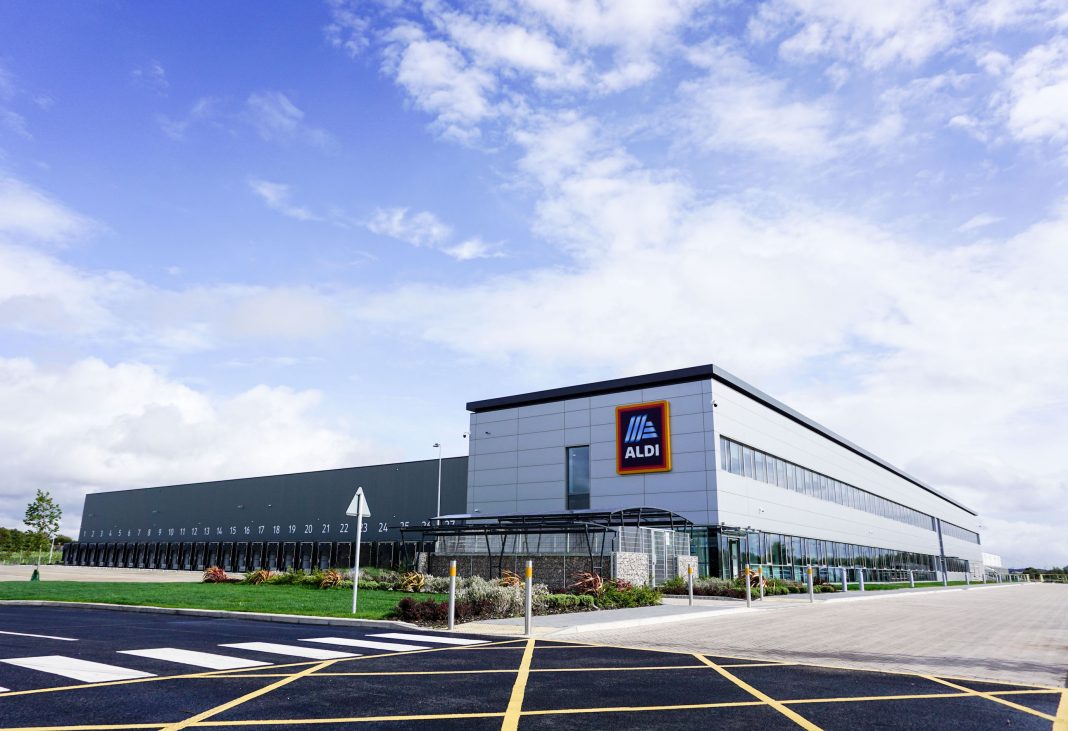 Aldi has opened its newest and largest £64m distribution centre in Sawley, Derbyshire.

The site, which spans over 600,000 sq ft, is Aldi’s 11th UK distribution centre and will serve the supermarket’s growing customer base across the East Midlands.

The facility is part of Aldi’s planned £1bn investment in 2019 and 2020 in new stores, store upgrades and improving its distribution capabilities. It will act as a new hub for the region, employing more than 400 people and serving over 80 stores.

Last year, Aldi announced its plans to open three new stores in the East Midlands, creating over 120 new jobs. This included the new Edwalton and Bulwell stores, which are set to open later on this year, along with the Stapleford store, which opened in 2019. Aldi has also extended its long term-store openings target to 1,200 stores across the UK by the end of 2025.

Giles Hurley, CEO of Aldi UK & IRL, said: “Our new Sawley distribution centre significantly increases our capacity and allows us to open even more stores across the East Midlands to cater for the growing number of shoppers switching to Aldi.

“Although some of our newest and most popular stores are situated in the East Midlands, there are still many towns and cities where we have a limited presence or none at all. This is something that we are looking to address in the coming years.”