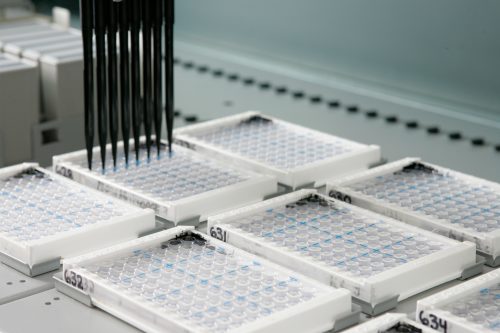 Richard Sharp, a non-executive director of Nottingham-based Oncimmune Holdings, has stepped down from his position, taking up a role as senior strategic adviser to the UK Government in connection with the COVID-19 crisis.

Due to the demands of that role, Richard has decided to step down from the company’s Board.

Meinhard Schmidt, Non-Executive Chairman of Oncimmune, said: “On behalf of the Board, I would like to thank Richard for his contribution and support to the Oncimmune group over the last 10 years. We wish him every success with this important new role and in his future endeavours.”

Richard Sharp, Non-Executive Director of Oncimmune, said: “Over the decade leading up to the date of my last Board meeting on 12 February 2020, I have valued being involved with the Oncimmune Board.

“During this time Oncimmune has grown to a business which has now performed over 158,000 tests to patients worldwide. I feel the business now has an experienced management team and is in a strong strategic position to deliver against future objectives.”

Over half of people in the East Midlands see investment in renewable energy as very important, with investment in airports considered the least important...
Read more
Out Of Office

Half of workers risking cyber security during remote working

Almost half of office workers have admitted they are less likely to follow safe data practices when working from home, new research had found. The...
Read more

Throughout the COVID-19 lockdown, the owners of Nottingham-based web design agency, Strafe Creative, have been helping to support vulnerable people and the restaurant industry...
Read more
General News

In this week’s business support e-newsletter, Streets Chartered Accountants provide details of both the Future Fund and the Statutory Sick Pay rebate scheme and...
Read more