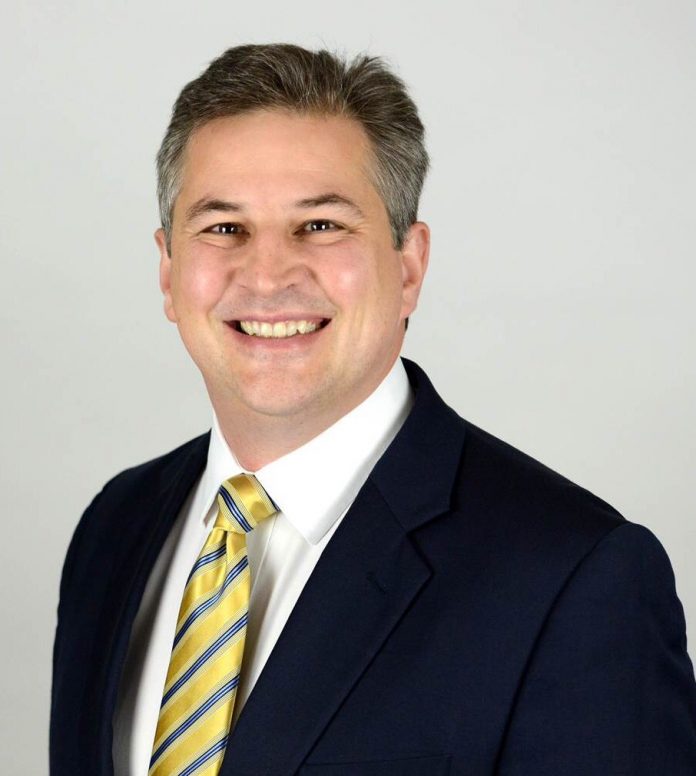 The Institute of Directors (IoD) has appointed Gary Headland as regional chair for the East Midlands.

Gary succeeds Garry Smith, who stepped down after five years in the influential role with the business leaders’ organisation.

He will oversee a region which covers Leicestershire, Greater Lincolnshire, Northamptonshire, Nottinghamshire and Derbyshire and has more than 1,500 members.

Gary is the Chief Executive of Lincoln College Group, responsible for colleges in Lincoln, Newark, Gainsborough and Saudi Arabia as well as commercial operations in the UK, China and the Eastern Caribbean.

He is a Deputy Lieutenant of the County of Lincolnshire, an experienced chair of private and education sector organisations and a non-executive director of the Greater Lincolnshire Local Enterprise Partnership and Lincolnshire Chamber of Commerce.

Earlier in his career, Gary saw 22 years of service in the Royal Air Force, culminating in the role of Officer Commanding Base Support Wing (Corporate Services) for the RAF’s largest fast-jet station.

Prior to his appointment as regional chair, Gary was chair of the IoD’s Greater Lincolnshire branch for four years, and will lead the search for his successor.

Gary said: “It is a great privilege to be able to continue to serve IoD members and our regional business community in this new role, especially during this incredibly challenging time for all business leaders. The IoD passionately believes that ‘better directors build a better world’ and I look forward to playing my part in supporting directors to be more resilient, innovative, productive and sustainable.”

The IoD has secured vital support for business leaders during the COVID-19 pandemic, including financial assistance for wage bills and changes to insolvency rules.

As chair, Gary will drive localised support for members and membership growth while also implementing and supporting IoD policies and driving engagement with the Institute’s powerful Policy Voice.

The IoD aims to get closer to members by strengthening its network of branches within the East Midlands through the appointment of ambassadors representing key sectors and geographies.

“This is a time of great change for the IoD. We are putting members at the heart of everything we do and demonstrating that directors and businesses are a force for good that help us build a more prosperous nation.”