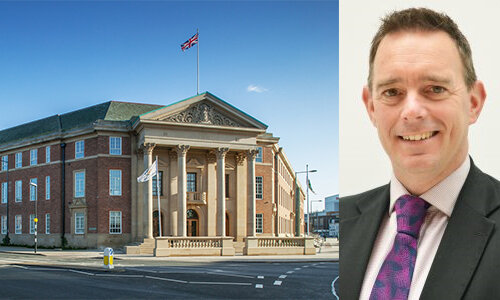 Paul has been Acting Chief Executive at the Council, having been appointed as its Strategic Director of Corporate Resources in August 2019. Originally from Derby, he began his career at Derby City Council, as a Trainee Accounting Technician in 1991.

On his appointment, Paul said: “It is of huge personal significance to me that I’ve been appointed as the CEO in the city – there’s something special about being able to do that role in the place in which you were born and raised.”

He takes on the position of Chief Executive in a challenging time, as the world responds to the Coronavirus pandemic. He says: “The lessons we’ll learn from our response to this crisis will ultimately help us to forge better services for our residents, and when we do get back to our new normal, and business as usual resumes, I’m looking forward to working together to make our city thrive.”

He continued: “This is unknown territory for all of us, and we need to be flexible, resourceful and most importantly supportive of one another to get to the other side. I believe that if we do this, it will make us stronger and more resilient.”

Following the start of his career, Paul qualified as an accountant in 1998. After that, he went on to work for a wide variety of organisations including PricewaterhouseCoopers, four other local authorities, the Ministry of Defence, the Department for Education, and also spent three years in the NHS. Paul re-joined the City Council in 2019 from Milton Keynes Council. Paul is married and has two children and lives in Derby.

The formal appointment decision will be made at the Council’s next Full Council meeting.