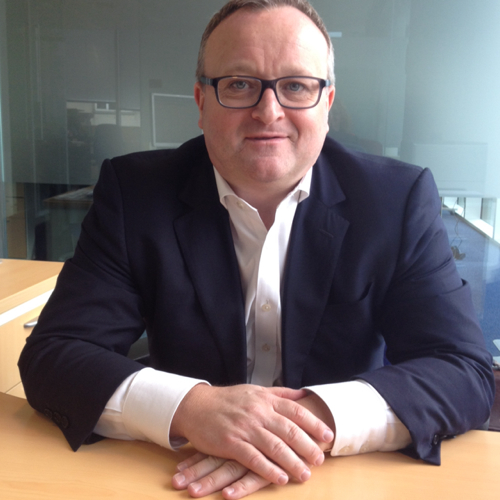 Having joined AIB (GB) just a few months ago after many years with the RBS/NatWest Group, Tony has been getting to grips with his new role and the teams he is now working with and supporting. “When I left my previous employer” says Tony, “I gave consideration to a number of serious offers which came my way from within the banking and finance sector. I chose AIB (GB) because I genuinely felt that it was offering something very different. The more I discussed the opportunity with AIB (GB)’s senior management team, the more I found myself enthused and inspired by what I was hearing.

“Having made the move, I am delighted to say that the reality has met the promise and I have been hugely impressed by our people and their commitment to deliver the best possible banking service to the Owner Managed Business sector.”

Included in Tony’s region is AIB(GB)’s East Midlands operation, based at Park View House on Nottingham’s Ropewalk. Gerry McPake, AIB(GB)’s team leader in the East Midlands, is delighted at Tony’s appointment. “Establishing a small network of Regional Directors across the country was a key part in making sure we have the right structure to be able to work with and for our customers in a focused and nimble way.  The arrival of a banker of Tony’s calibre and experience is a real statement of AIB (GB)’s intent.”

Reflecting on his early impressions of his involvement with the Nottingham branch, Tony continued, “I had been pre-briefed to the effect that our team in the East Midlands had scored a number of key business wins over the past couple of years and so it was no surprise to visit and find an upbeat, positive and committed group, ambitious to build on their successes as we look out  three, four, five years ahead and beyond.  I was struck by the depth of experience within the team and a genuine, ingrained desire to put the customer first.  I have had the pleasure of meeting some of our customers and contacts in the East Midlands and it seems to me that the philosophy of Gerry and the team really is felt and experienced by the customers.

“It’s my intention to support this business in whatever way the local team sees fit and this is something I am looking forward to immensely.  As it says above in the headline, it’s great to be here…”